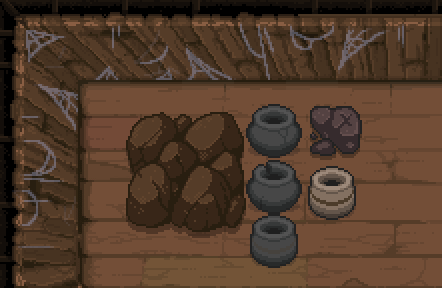 The Cellar is a variant of the first and starting Floor in The Binding of Isaac: Rebirth. It has two stages (The Cellar I and The Cellar II) and is unlocked by defeating all of The Basement's Bosses (except Steven).

Retrieved from "https://the-boi-rebirth.fandom.com/wiki/The_Cellar?oldid=7334"
Community content is available under CC-BY-SA unless otherwise noted.